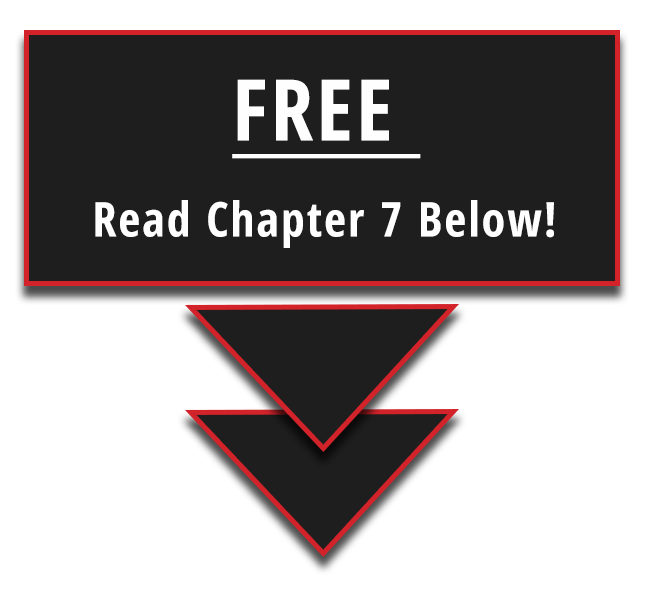 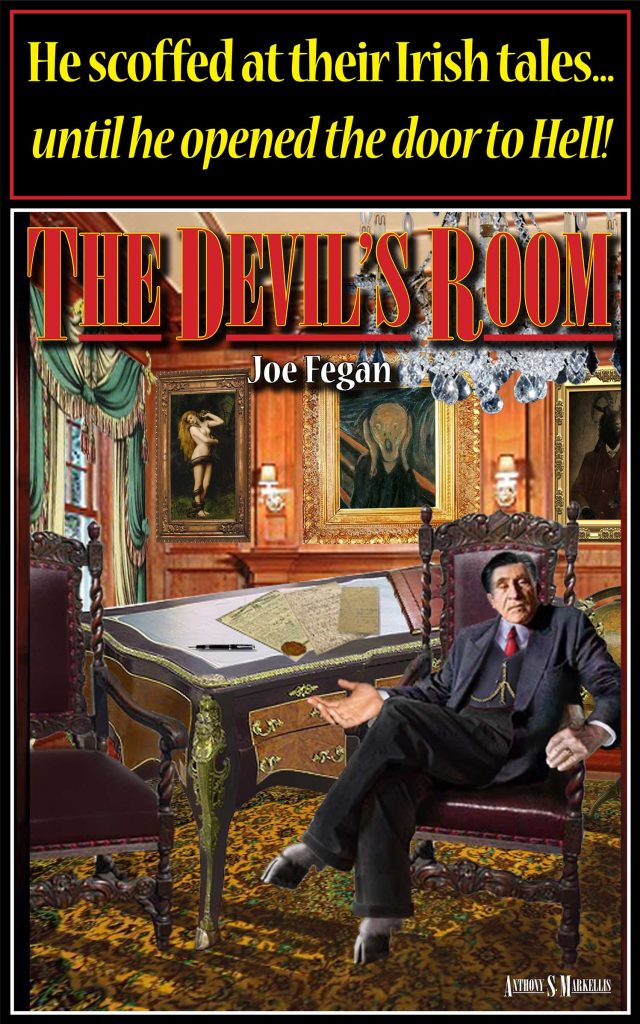 Awash in Guinness, he bought a haunted Irish manor with an odd walled-off room … what could go wrong?

An American writer moves to Ireland to escape high taxes and the nagging sins of his past. But although his new land allows him to keep all his green, his gorgeous wife has expensive tastes, and rehabbing their old manse is costing a fortune. Still, he’s confident the breakthrough novel he’s been building toward will provide more than a pot of gold once the movie rights are sold. But there are distractions: free-flowing stout at the pubs, the long-dead but loud couple in the attic and a closed-off room about which the locals seem strangely sensitive. As bills mount he feels the walls closing in — until he breaks through one, literally. But triumph turns to dread when he meets his urbane, cloven-hoofed “tenant.” He thought he’d read the deed carefully enough… like hell he did! Equal parts hilarious and nefarious, “The Devil’s Room” is a comic gothic novel (based on actual events) aimed at Irish-American readers – but you don’t have to be Irish to love it. Now available as a Kindle Direct title, it’s been favorably reviewed by the Albany (NY) Times-Union and Amazon readers, who’ve given it five stars. To Eire is human, of course… but sometimes there’s malice behind those smiling eyes!

Read a free chapter
in the Devil's Room! 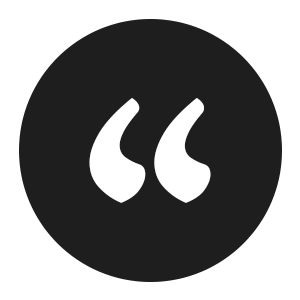 Albany Times Union
"A rollicking Gothic sex comedy with a side of deep bogginess!"

A word about Joe Fegan

Among the Fegans, formerly of Dublin, it was well known that the men were more the storytellers of the clan while not necessarily the movers and shakers. Thus it was no surprise when this tale was found among his effects with a note that someone should try to do something with it if possible.

Lots of devilish Irish surprises in this book

What does a pioneering Ben & Jerry’s franchisee, newspaperman and financial writer know about the devil?

Quite a bit, at least if Joe Fegan’s “The Devil’s Room” is any indication.

The gothic horror novel, which combines elements of a sex comedy, political commentary and a good dose of dark Irish folklore, is Fegan’s debut novel. And like the characters in the book, all is not what it seems.

Fegan is the pen name for Jeff Durstewitz, a onetime copy editor at the Times Union as well as the Buffalo News and Philadelphia Inquirer and former operator of Saratoga Springs’ Ben & Jerry’s. (He was New York’s first franchisee; he grew up with the real Ben and Jerry in Merrick, Long Island). Durstewitz, a Saratoga Springs resident, also has worked as a personal finance writer.

His funny, phantasmagoric tale has echoes of his own life and some of the people he’s met along the way.

“The Devil’s Room” starts with a fairly straightforward premise, albeit one with the makings of horror movie plot. An upstate New York college professor-turned-successful-novelist, Trelawney Smart, moves to rural Ireland to take advantage of the tax break offered to writers residing on the Emerald Isle.

He buys an old manor house and quickly discovers a walled-off room that none of the villagers in his picaresque new hometown want to talk about. Ignoring their advice, he takes a sledgehammer and opens the long-closed room, causing, you guessed it, all hell to break loose.

We’ll leave it at that, but the story takes some interesting turns, along with some subplots about his wife and another long-lost woman from Smart’s troubled past.

For Durstewitz, the story rings close to home on several levels. He’s part-Irish, and admits with a chuckle that his pen name gives him more “Irish cred” than Durstewitz.

Mostly though, the book is an homage to his fiction-writing mentor, a SUNY Oswego writing professor, Campbell Black, who wrote under the name Campbell Armstrong.

They kept in touch after college and became friends. Durstewitz said Black had always encouraged him to try his hand at fiction. Fiction writing had worked out exceptionally well for Black over the years, who published a raft of thrillers such as “Assassins & Victims,” “Jigsaw” and a novelization of “Raiders of the Lost Ark.”

Black eventually moved to an old Irish manor house to take advantage of that country’s tax break for writers.

Durstewitz and his family paid Black several visits prior to his death in 2013, and he recalled that the manor had its own gothic mythology, centering on an Englishman who had built the house. As legend had it, he had disrespected the village priest and came home to find the devil in his house, specifically in a walled-off room that actually existed in Black’s place. Such closed-off rooms aren’t uncommon in Irish estate homes, Durstewitz noted, and it is said they serve as deterrents to superstitious burglars who fear entering a cursed space.

“They never opened the Devil’s room,” he said of the real room in Black’s home. “I thought, ‘What if they did?’ ” “I wrote the novel that I always wanted Campbell to write.”

Durstewitz is also the co-author with Ruth Williams of “Younger Than That Now — A Shared Passage From the Sixties,” a memoir of living through that era’s political turmoil.

Self-published, “The Devil’s Room” can be found in Northshire Bookstore and Celtic Treasures in Saratoga Springs, The Book House of Stuyvesant Plaza and on Amazon.

Remembering Tony Markellis, An Artist — And Not Only of the Recording Variety

I clearly remember the day, back in the summer of 1983, when I first met Tony Markellis. I’d been riding a bucking bronco — launching a brand-new Ben & Jerry’s ice cream franchise in Saratoga Springs, the fourth overall and the first in New York state — since July 1. And sometime within two or three weeks after our grand opening I got a call from my old friend Ben Cohen, then the big kahuna of “Vermont’s Finest” himself, asking me how I was doing and telling me that a friend of his, a musician he knew from Burlington, had a girlfriend who needed a job. Could I help?

“Well,” I said, “I don’t need anyone at the moment but I’ll keep her in mind if there’s an opening.” More or less simultaneously, at least as I remember it, a stout man about my age showed up at the door, introduced himself as “Ben’s friend, Tony,” and asked if I could find a job for his girlfriend. I told him I’d just had a call from Ben, we laughed about the “pressure campaign” and talked about his connection with the ice-cream boys and mine. (He’d met them while playing at a bar formerly co-owned by their general manager, Fred “Chico” Lager, and I knew them from high school in Merrick, Long Island.) We became friends almost instantly.

That wasn’t anything unusual with Tony — he was a friendly, good-natured mensch if there ever was one, funny and smart. And, oh yeah — a tremendously talented bass player. And, as I later found out, an artist and writer as well. But I’m getting ahead of myself. Within a week or two, as was typical with the Spa labor scene (when the track opened, much of the labor force migrated to it and the restaurants), there was an opening at my store and I hired his girlfriend. (No regrets — Robin Haine was perhaps the best hire I made in eight years of running the place.)

At some point long after that first summer I was visiting Tony in his apartment on Ludlow Street, where I happened to notice an illustration he was working on. It was to be the cover for a western novel, “Yellowstone Kelly” by Peter Bowen, and it was a classic piece of cowboy art. I’d worked with top-flight illustrators during my newspaper days (before ice cream) and was astonished at this talent I’d never suspected. But Tony said it was a kind of sideline that was helpful when he was between musical gigs. (He was a regular in several bands and toured with such legends as The Mamas and the Papas, Paul Butterfield, David Bromberg and countless others.)

Anyway, much later I wrote a comic Irish gothic novel — “The Devil’s Room” — based on the adventures of a novelist friend in Ireland in the ’90s. It was written in “thriller” style, but with laughs instead of spatter throughout. I knew exactly what I wanted on the cover, but I didn’t think I could afford a professional illustrator. So I worked with a couple of young artists at first but couldn’t seem to get anything usable out of them while wasting a lot of time. Then I thought of Tony — of course his work would cost more, but I’d already seen what he could do and assumed he could create the same magic for my book. I gave him the manuscript and told him which scene from which chapter I wanted illustrated, providing suggestions but basically leaving the execution to him. We agreed on a price, and I felt we were on the same page. When I called him after hearing nothing for several months he said he’d pursued the idea we’d discussed but didn’t like what he’d done so far.

“Don’t worry, though,” he said, “I’ll have it soon enough. I really need the money!” (This was before he’d begun performing regularly with Trey Anastasio in the Trey Band. After that, he said, he found himself flush for the first time in his life.) A few more weeks went by, and my publishing deadline loomed.

I bugged him, and he said he was close. A couple days later he called to say he had something he really liked. “Great!” I said, assuming it would be an Irish gothic version of one of his classic illustrations. He brought it to my house the next day and handed it to me with an onion-skin covering. When I flipped up the cover, I saw… something completely different. “But,” I stammered, taken aback, “this isn’t what we agreed on.”

“Um, yeah,” I said, not wanting to reject it for many reasons. But I couldn’t hide that it really wasn’t what I’d had in mind.

“Well,” he said, moving with all deliberate speed toward his van, “don’t make any decisions yet. Just keep it for awhile. It’ll grow on you.”

The image, which he said he’d put together from various bits and pieces trawled from the internet (Arthur Treacher’s face, Mitt Romney’s hair, the hooves of God only knows who), was collage-like, slightly grotesque and very garish… and, I finally realized, exactly right for the book. The more I looked at it, the more I liked it. In fact, I had to admit that it worked much better than my idea. I asked for a few tweaks and happily paid him. I’ve never stopped loving it, and the big “Anthony S. Markellis” in the lower right corner will serve as a reminder that he truly was a man of many parts.

Tony Markellis, a fixture of the Saratoga Springs and Burlington, VT, music scenes for over four decades, died April 29 at the age of 68.